The ACSF Board of Administrators has set as its main priority to build a stronger relationship with members in fostering our new vision such as executing projects and the pursuit of greater partnerships. Having an international representation and diverse skill sets is important so that it can provide the best services for the common interest. The Board of Administrators includes:

Chairman of the Board

Dr. Iwaola Dayo Shola is from Nigeria, after his post graduate studies in conflict and crisis management; He obtained another honor as a social worker specializing in mentorship. He has served for many years as a volunteer in different capacities in both local and international institutions. His acceptance to lead the organization with diverse cultural back ground is a huge blessing as his longstanding experience resulting from diverse disciplines and posts of responsibility has led to a complete restructuring of the organization. As a much-needed human resource person, he has built a stronger Africa community advocating for better policies that reflect the needs of Africans in Finland and abroad while also highlighting the positive impact of our cultural heritage among ourselves. He currently lives and works in Helsinki.

Victoria Ndu-ljaodola has her roots in Ghana: As someone with a strong value for humanity influenced by her higher academic pursuit, her passion is to impact the life of young people with a positive mindset. She is convinced that ” Change will not come if we keep on waiting for a person or time that may never come. If not us, then who”? We are the ones we have been waiting for, we are the change that we seek. As a writer and actress with other diverse talents, she works with young people on the field and on stage as a reformer. She has organized a several seminars, workshops and cultural events locally and internationally. Her desire to serve as the scribe of the organization adds value to our work. She lives and works in Helsinki Finland.

Esther Mofor Mbi: She holds a BA in Banking and Finance and an MA in accounting. She is the founder of the association of ethnic relation and a member of the ecumenical service for peace. She has held many positions of responsibility managing the finances and accounts of several organizations. She will be instrumental in restructuring of the organization as it has as plan of action to expand it network to other players abroad. She is currently the financial secretary of her church. She is also a singer and a poet which additional talent coupled with her academic power, adds great impetus to the organization. She is originally from Tanzania and lives and works in Turku.

Ashu Einstein:  He worked as a journalist and furthered his studies in Public Relations. He has a strong desire for Human Rights and justice. He has written extensively on discrimination and racism. He has worked with refugees impacting them with hope and shared in their worries. He skill in marketing and researching for new avenues with a beneficial outcome such as networking will be of great importance to the organization. He is passionate in what he does. He lives and works in Helsinki. 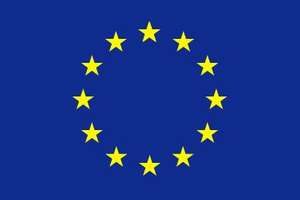